How to appropriately git stash

That’s where git stash becomes your Swiss knife to support you in multitasking and constantly being able to shift and work on something different without breaking a sweat.

Git stash is a powerful tool to stash or secretly save changes made on any tracked files without the need to commit them, which allows retrieving or reapplying those changes at any point in time regardless of the current branch in use.

So how do you use it?

To stash the current changes just use the git stash command as shown below and your changes are safely stashed.

Note: git stash works only for tracked changes. So for example you have added a new file to your project, any changes made to that file are untracked changes. To allow them to be tracked you need to stage them with git add command.

To confirm if all the files are tracked, you can run git status command as shown below.

As seen above there is a list of files that are not staged yet in /number_trivia.dart directory and an untracked file in /sampleNumberTrivia.dart.

This adds tracking to a specific file

This adds tracking to all untracked files

So if we run the git status command it should look different now.

To view a list of all stashed changes you simply run the git stash list command as shown below.

But hey, how can I remember which stashed changes contain what.? Though the files are named with different names as stash{0}, stash{1} ……. Stash{n} but this naming format is not helpful enough.

Stash your changes with a message ✍️

To make it simple it is possible to stash changes with name or message. I usually stash my changes with a message.

Run the git stash -m command as shown below with a message.

So if we list the stashed changes by using git stash list command now, the output should look as below

Notice a message on index “stash@{0}”. This makes it simple to understand which stash contains what.

Before we start looking at how to retrieve a stashed record, we need to understand how stashing works. 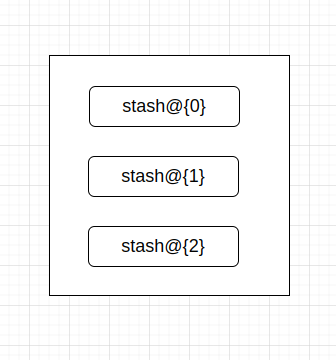 Every time you stash changes, git tracks the stash records in a stack. Therefore, the latest stash is moved to the top of the stack which is identified with the index 0 (stash@{0}). Storing the stashes in a stack plays a key role when using other functionality when using apply and pop options to retrieve a stash.

How to retrieve stashed records?

There are two ways you can retrieve stashed changes

With pop, you retrieve changes to a current branch and remove the stash record from the stash list.

The above command will pop Stash@{0} from the stash record and apply it to a current branch since stashes are stored in stack format. This can be seen in the below example

To pop a specific record from a stash list we need to specify the record name (index) defined at the end of the git stash pop command.

This can be seen in the diagram below.

Also apply can be used in two ways. Git apply with a specific target record or without specifying a targeted record.

Without specifying a targeted record, git will retrieve stash@{0} index which is the last stashed record.

Apply without a targeted record

Let us take a break here for today, on the next section we will go through the rest of the concepts which are.

Most of the time we keep on stashing records and re-applying them later without necessarily removing them from the stash list. To remove git stash we use the drop option. as in pop and apply, if you don't specify which record you want to drop from the list, it will remove the last stashed record stash@{0}

In case you would like to wipe and clean all the stashed records from the stack at once, you can use the clear option.

This is all I have for you today, I hope you find this article useful. until next time "keep reading keep growing"

This article has been prepared on behalf of ClickPesa. For many articles like this just click this --> ClickPesa on hasnode, ClickPesa on dev.to and ClickPesa on medium.