What are Jira tasks?

Jira tasks represents the work needed to be done, Jira help a lot on managing tasks on Agile development process for many startups and growing companies like GitHub, Slack , Zendesk and more

As it known that on agile developement its import breaking functionality into small tasks help keeping track of feature development progress, prioritization , testing and more advantages

As per my experience, most developers know the importance of using the Jira boards but mostly we are forgetting to update tasks after making changes.

How did we use Jira automation?

As clickpesa we have jira boards with columns as shown below

It looks complicated :)? Dont worry you can define your columns depending on your workflow , as per our needs this setup fit to us

the following are steps on how we implemented it

Yes, the job is done simple like that , developers cannot move tasks as it was before cool :)

What is the DevOps pipeline? as defined by atlassian DevOps pipeline is a set of automated processes and tools that allows both developers and operations professionals to work cohesively to build and deploy code to a production environment.

What we did to solve issue mention above is let pipeline decide where the tasks to be moved, the task will move if it meet our test cases defined on pipeline .we have been able to achieve that by using trigger know as incoming webhook , which provides us webhook url and we use that URL on pipeline when URL is executed on pipeline Action will be triggered 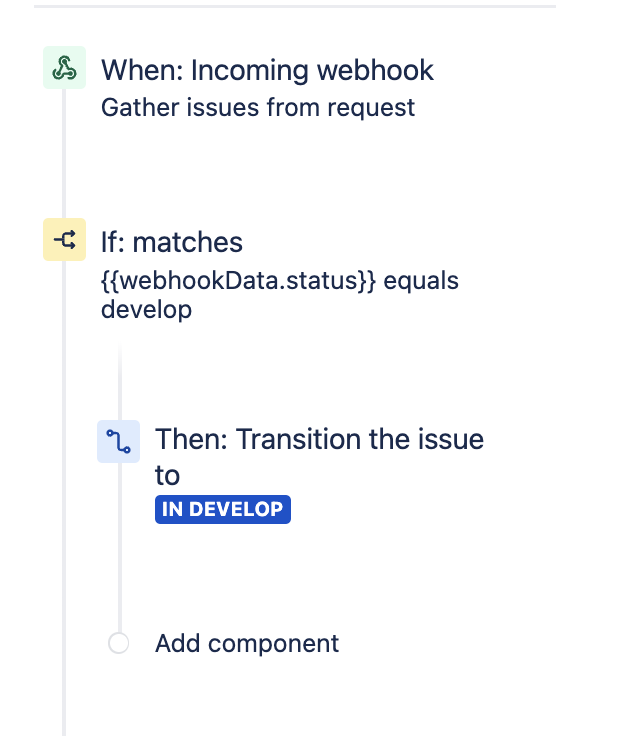